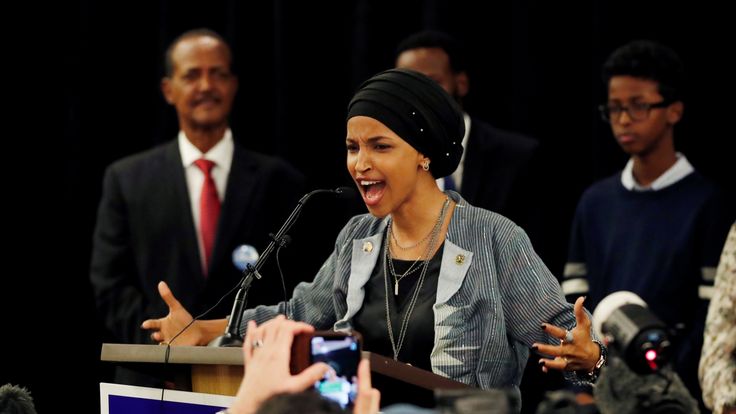 I will sing louder. When I lend my voice, lifting praise of God and Christ, I will sing louder than ever before. Never mind if I sound off-key. The angels will laugh. Holding the red, battered book of treasured hymnals up near my heart, standing in the pews where Christians pray, I will hurl those gospel tunes to the high heavens. Singing for the 27-year-old Sudanese woman sentenced to death for converting from Islam to Christianity. I was raised Muslim in America and converted to Christianity without retribution – because I live in America.

Christianity has soothed my psyche, in many manners saved my soul. I will sing this song loud as I can. I will sing for Meriam Ibrahim and the 20-month-old child who is currently in jail with her as she serves time awaiting execution for her conversion. I will sing for the eight-month-old fetus she is carrying, a baby that will be allowed birth before mother is hanged. This baby may grow up denouncing religion altogether, an unborn soul, a witness to Muslim mayhem and religious rot. I will sing for the baby’s salvation.

Catching up on the news today, I read articles about Meriam, a beautiful woman who also is scheduled to be lashed 100 times for “illegitimate sexual relations” because her husband is non-Muslim. Will she become the female Jesus on the cross – lashed and hung to die?

Sudan authorities are killing individuals who denounce Islam. Sudan’s penal code criminalizes the conversion of Muslims into other religions, which is punishable by death, according to an article by the Associated Press.

“Religious thinker and politician Mahmoud Mohammed Taha, a critic of (former President Jafaar Nimeiri who incorporated Shariah and its traditional punishments into law)…was sentenced to death after his conviction of apostasy. He was executed in 1985 at the age of 76,” says the AP article. “A number of Sudanese have been convicted of apostasy in recent years, but they all escaped execution by recanting their new faith.”

That’s Muslim madness run amok. It’s one thing for parents to bully/guilt-trip their children into embracing family beliefs and carrying on certain family traditions. We see it often. And we understand that in every country some religious beliefs become law. But when a country will kill its citizens over a disagreement of religious ideas, that’s just crazy.

That is about power and imposition. It’s about controlling what is precious: the human spirit. This is about forcing human beings – their mental and physical energy – to serve a particular doctrine. This. Is. Just. Wrong.

Of course Muslim madness is not contained in Sudan. We read about Muslims bombing Christian churches in Cairo and elsewhere. We read about Nigerian warlords, claiming to be Muslim, kidnapping 300 schoolgirls, believing that Western education is anti-Islamic, threatening to sell the girls into marriage. These mad Muslims over-shadow the millions of sensible Muslims living quiet, productive lives, clinging to Islam because of the personal peace they have found in Islamic practices. Meriam, like me, found her peace/power in Christian customs. But she is called to pay a deadly price.

An article in the U.K.’s Telegraph quotes Sudan Judge Abbas Mohammed Al-Khalifa telling Meriam, “We gave you three days to recant but you insist on not returning to Islam. I sentence you to be hanged.”

The judge should be fried. Meriam was born a Muslim, but after her father left her family, her mother raised her as a Christian, according to news reports. Meriam told the judge, “I am a Christian and I never committed apostasy.”

Amnesty International weighed in saying, “The fact that a woman could be sentenced to death for her religious choice and to flogging for being married to a man of an allegedly different religion is abhorrent and should never be even considered.” In a joint statement, the embassies of Britain, the United States, Canada and the Netherlands expressed “deep concern” over her case. “We call upon the government of Sudan to respect the right to freedom of religion, including one’s right to change one’s faith or beliefs,” they said.

Some will condemn this execution, which, even according to the Shariah law cannot take place until two years after the woman gives birth. Some will call for respect for religious freedom. For my part, I will sing the Christian songs my Muslim-bred heart has embraced. I will sing them loud and clear.

I’m back. After a hiatus to settle in to a new job and complete my first ghost-writing assignment, here I am. To ease back into blogging I will begin with my most familiar subject matter – growing up Muslim in America. Of course, much has changed since I began learning the doctrines of The Nation of Islam in the 1960s, then found myself immersed in learning Orthodox Islam in the 70s.

These days, when I’m invited to speak to students and teachers about this subject, they inevitably want to know, “what do you believe now?” Last week a teacher asked me, “why didn’t you turn away from religion altogether after experiencing so much heart ache from it?” I told the teacher that for a few years as a young woman I had sworn off all organized religion and considered myself, instead a mystic, tuning into nature and divine inspiration more than religious traditions and customs. I returned to religion during a particularly challenging episode in my life because religion, and its uplifting philosophies were what I found comforting when all else failed.

A high school student last month asked what religion I practice currently and I explained that I find myself loving my old Islam on my new Christian journey.

“I was on my way to church one Sunday morning when it dawned on me that I was about to join hundreds of millions of individuals around the world who would set aside this certain time on this certain day to collectively acknowledge and praise what we all consider a ‘higher power’. It was a worldwide get-together. I was thrilled,” I explained. “Then it occurred to me that hundreds of millions of Muslims around the world get together five times a day, at pre-set times every day, to reverence what they consider a higher power. Suddenly, I wasn’t resenting salat the way I had growing up. Growing up I hated – HATED – having to stop whatever I was doing to go pray at a certain time. Now, I was appreciating this ritual as an opportunity not an obligation.”

The students seemed interested – quiet and attentive, hanging on every word. So, I kept going.

“Now, I can appreciate that millions of Muslims all use a standard daily prayer schedule so that at 6:43 or 6:52 or whatever time is posted for the morning prayer, they’re all bowing down at that particular time, and all speaking in one language, saying the same prayer. That seems powerful to me now,” I explained. “Growing up I resented having to recite prayers in Arabic. I argued with my mother about it, saying it was Arab imperialism and we should reject it as much as our Muslim leaders wanted us to reject American imperialism.”

Ok, “imperialism” was too big a concept for high school students who really were not interested in world affairs, and even less rhetoric left over from the 1970s. Imperialism? Does anyone use that word anymore? Besides, who has time for world affairs when Candy Crush and all kinds of other fun games are in hand? They were interested, however, in how I adjusted to life outside the Nation of Islam, since in the book I described growing up in a very closed and close-knit religious organization. They wanted to know what, if anything, I missed about the NOI.

“I do miss the camaraderie,” I explained. “There was a certain comfort in being surrounded by a whole group of people all with the same beliefs and mission. It’s similar to church community, but it was different, a more engaging, completely involved experience. It was true what they said about Islam not being just a religion, but a way of life. Think of a woman wearing a dainty, cute little crucifix on a necklace compared to a woman dressed from head-to-toe in a Muslim outfit. The whole experience is like that.”

And, speaking of women, I love-love-love tuning in to Christian women preachers these days. OMG! As a Muslim girl I was taught that women should be “modest,” although the interpretation of “modest,” has evolved – thank God at least in westernized Muslim communities. As a Muslim girl I learned that a mother could not lead her own sons in prayer. A Muslim woman could never lead males in prayer. In fact, I vowed never to return to the Islamic Center in my native hometown, Washington, D.C., because when I was dragged there as a child for Muslim holidays, women and girls were relegated to a room in the basement. At best, when the Mosque was not crowded, we were allowed only to sit in the rear of the main prayer hall – behind the men. So, you can imagine my delight the first time I tuned into a Joyce Meyer sermon on-line. To see a woman passionately yelling and screaming scripture and her interpretation felt like heaven on earth.

Ok, this entry is getting too long for a blog. So, I will end it hear with plans to return to this space once or twice a week getting back in the blogging groove.

Send me a note. Let me know what you think. And if you’ve got questions about my Muslim-Christian experience, I promise to take time and answer them.